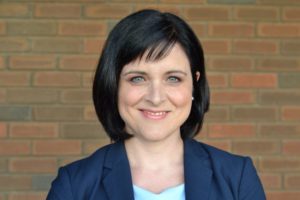 Savoie (pictured left), who will also serve as vice president of legal, compliance and security, is set to begin her new role on June 29 and will be based at the BCLC office in Vancouver.

“With several years of operational experience in compliance, privacy, anti-money laundering and risk management in regulated industries, Savoie applies a strategic and solutions-oriented leadership style to the workplace,” BCLC said.

BCLC added that the appointment of Savoie completes its executive team, with members to split between its head office in Kamloops and its Vancouver office. Interim president and chief executive Greg Moore will continue to divide his time between the two offices.

In February, the British Columbian government launched an inquiry into money laundering in the Canadian province, with a focus on identifying possible links with the gambling sector.

Recent government-commissioned reports highlighted gaming as one of several industries that could have issues with money laundering, alongside the luxury car and real estate markets.

Media reports estimated as much as CAD$5bn was laundered in the province in 2018 alone.

A bill that would permit sports wagering in Missouri made progress in the state House last week, but the legislative session ended before it could…