iGaming Tracker: The year in slots

The slots space sees dozens of games suppliers release games at a frantic rate, often more than once a month, making the casino game market ever more competitive.

As the year draws to a close, we rank the top games and new releases of the year, plus take a look at the most common words used in slot titles and our favourite game names penned by developers in 2018. 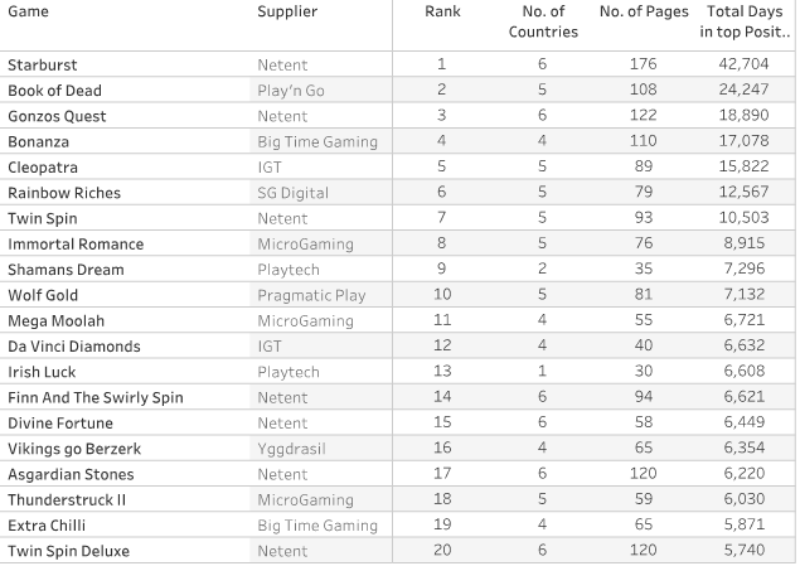 Each page in the analysis was a main landing page. In the cases where sites have multiple tabs, for instance ‘Casino” and ‘Vegas’, we looked at each casino page. We analysed the top 20 positions for each page from 1 January to 16 December 2018.

Starburst by NetEnt took the top spot by a considerable margin. We measured the success of a game as the number of days the game was present in the top 20 positions on each casino page throughout 2018.

In the sample of casino pages over the six countries, Starburst appeared on 62% of the pages. Book of Dead by Play’n Go takes second spot followed by Gonzo’s Quest by NetEnt. Overall, nine suppliers account for the top 20 games. It should be noted that most Playtech content is ring-fenced on their own casino pages, so the success of their games will be limited in this analysis.

The chart below looks at the top 20 game releases of 2018. We looked at the same sample of countries, pages and sites but only at how games released in 2018 performed.

We analysed the exposure of the first 60 days of a game, so games released in October would be equally analysed vs game releases in January.

NetEnt dominates the new game charts, with half the games in the top 20. Microgaming’s Fortunium made it into the top 3. Other notable non-NetEnt game releases were Vikings Go To hell by Yggdrasil, Rise of Olympus by Play’n Go and Eastern Emeralds by Playtech. 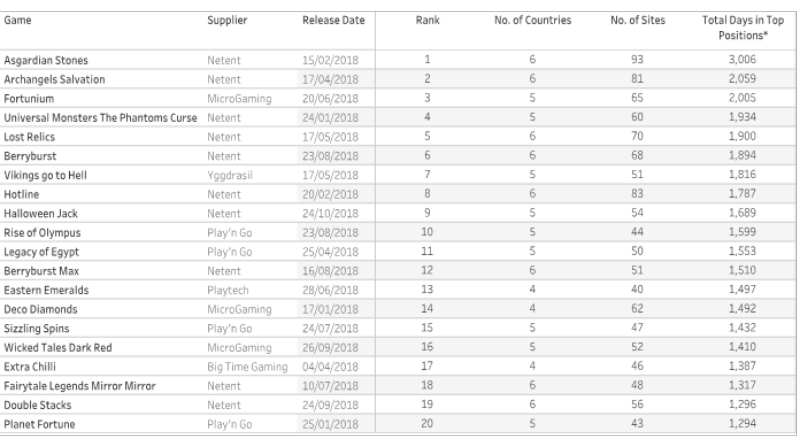 Word map
We tracked over 8,500 games this year worldwide. When new games appeared, we noticed that many of the games appeared to have similar titles. We aggregated all the words in each game title and looked at the most commonly used names (minus functions words such as ‘a’, ‘the’ etc).

The word map below shows the most used words (each word has been used in at least 35 game titles), we’ll leave you to combine a couple of the words to create your own slot title! 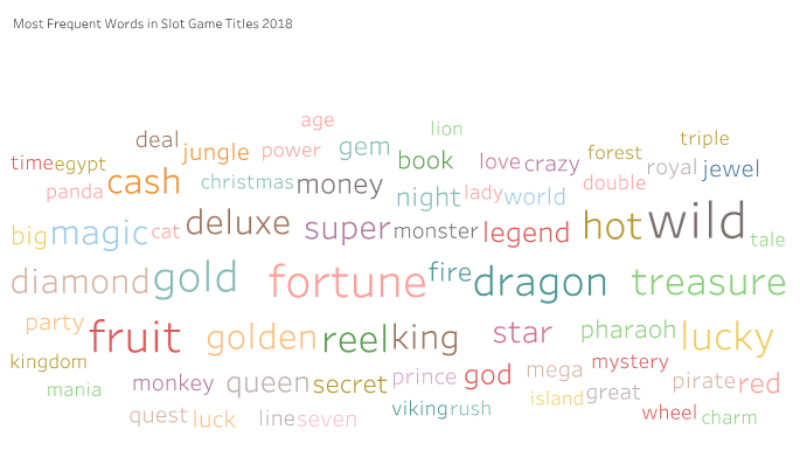 Funniest game titles of 2018
While we track slot content across the world’s casino sites. we occasionally see some amusing game titles. We’ve listed 20 of our favourites below, I’m sure this list will develop over time! 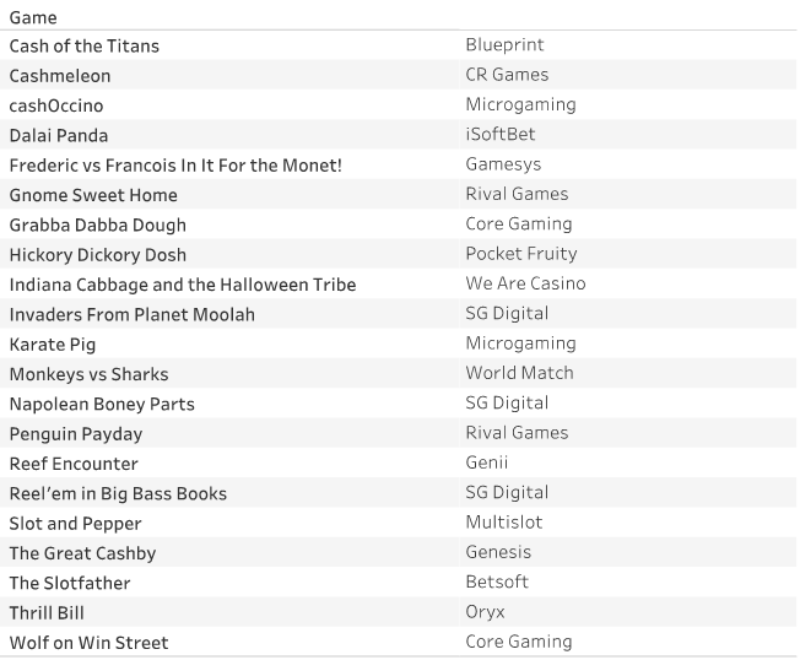 iGaming Tracker – how it works
iGaming Tracker tracks hundreds of casino sites worldwide every day. From this data it can ascertain which games are on which sites and where they are positioned on the pages. It can also measure the market share of casino games suppliers by percentage of “real estate” on casino sites at any given date.

What is a successful strategy for entering the highly competitive US sports betting market?

Attractive revenue potential has drawn many companies to the sports betting market. The two standout leaders – DraftKings and FanDuel – represent approximately 80% of…