Entertainment resort operator Mohegan Gaming and Entertainment (MGE) has announced the appointment of Ray Pineault as president and CEO of the company, effective immediately.

In his new roles, Pineault will supervise all day-to-day activity for MGE, including brand growth and personalized services.

Pineault (pictured) has 20 years of experience with the Mohegan Tribe, having served as president and general manager of Mohegan Sun Connecticut in that time. 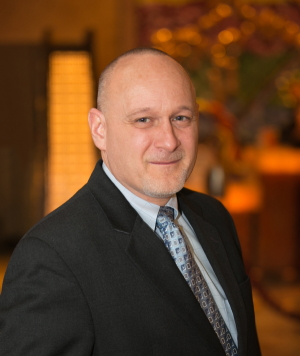 He has been acting as interim CEO since March 31, following the exit of former MGE CEO Mario Kontomerkos.

Before this, he served as chief operating officer of MGE.

“I want to congratulate fellow Tribal member Ray Pineault as he assumes the role of President and Chief Executive Officer for Mohegan Gaming & Entertainment,” said James Gessner Jr, chairman of the Mohegan Tribe and MGE Management Board.

“We are tremendously lucky to have someone of Ray’s caliber, experience and intellect taking on this role.”

Pineault will also take charge of strategy and direction for MGE and drive the operational results of all MGE-owned properties, in alignment with the Tribal Council.

“I have dedicated my career to ensuring the success of Mohegan Gaming & Entertainment, and I look forward to the immense growth, development and accomplishments we will achieve in this next chapter together,” said Pineault in a statement.

“I am grateful to the Mohegan Tribe for this opportunity and will work tirelessly to uphold our values and traditions, both here in the United States and in the communities around the world in which we operate.”

In March, the Mohegan Tribe signed an agreement with Connecticut Governor Ned Lamont to expand gaming and sports betting throughout the state. The agreement also outlined a 13.75% rate for sports wagering and a 20% tax rate for online gaming. This week, a bill ratifying that compact was approved by the state legislature, meaning it now heads to Lamont’s desk to be signed into law and sent tot he Department of the Interior.