Quick off the blocks

Virginia wasted no time getting a full iLottery program up and running after getting the
green light from legislators. So far the results have been encouraging, reports Joanne Christie

Amid all the excitement about the forthcoming launch of sports betting in Virginia, it would have been easy to overlook the launch of the state’s full iLottery offering this summer.

This is especially true given it happened on the very same day the bill legalising sports betting became law on July 1. 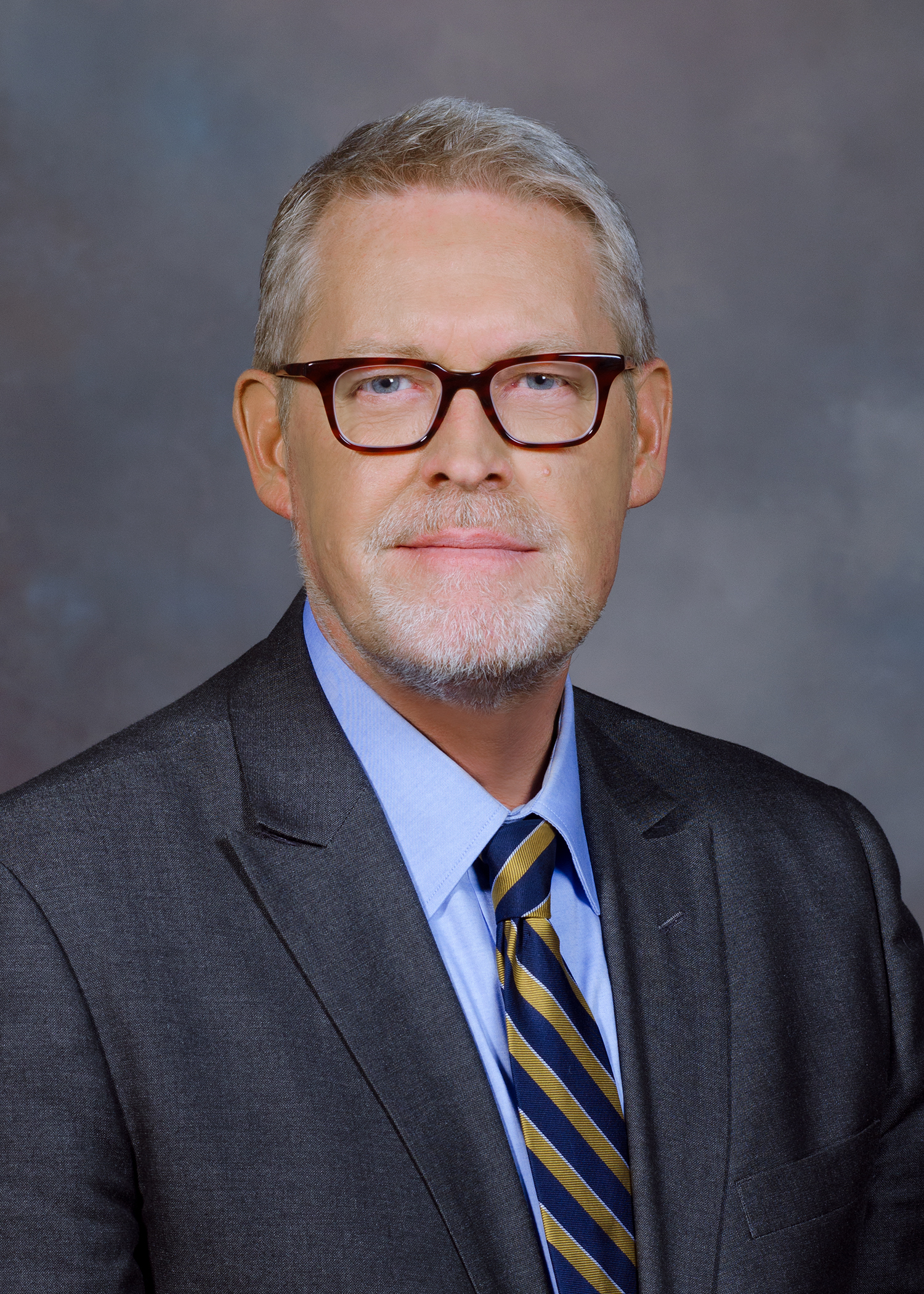 But while it might not have attracted the reams of press sports betting has, the iLottery launch is likely to be piquing interest among other lottery directors and policymakers as the impact of the pandemic on state revenues becomes clearer.

The bill enabling iLottery was signed into law in March, and the first day at which online products could be offered was July 1. Yet despite the added complication of a pandemic to contend with, the Virginia Lottery team managed the most successful online lottery roll-out in the US to date.

“It is remarkable that we stood up in about 13 weeks what might’ve been expected to require 13 months of work in any other circumstance,” says Kevin Hall, executive director at Virginia Lottery. “We’re certainly pleased that the result was the strongest US iLottery launch of any state so far. And that’s due to our very talented team and our experienced gaming partner, NeoPollard.” 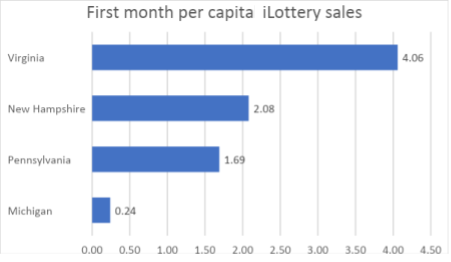 “By week three we had achieved month three sales goals,” says Hall. “So now three months in since flipping the switch, we’ve seen about $90m in iLottery sales activity from more than 60,000 unique bettors. We’re focusing on new account registrations; in August new accounts were up more than 30% versus July.”

All of this success comes despite the fact that as yet, the state doesn’t even have a dedicated mobile app – mobile play at present is simply through the lottery’s website.

With Virginia’s launch providing an instant boost to state coffers, it may now be the case that the potential to increase state revenues is possibly growing too large for other states to ignore.

Though from a legal perspective, most states have been able to set up iLottery programs since the Department of Justice gave its opinion that the Wire Act related only to sports betting back in 2011, so far few have done so – Virginia is only the sixth to launch a full iLottery offering.

But with states across the US now facing huge budget shortfalls, many are likely to reconsider online lottery sales, especially given some of those budget shortfalls have occurred as a direct result of missed lottery targets due to retail closures.

“As states hopefully emerge from the economic instability from the pandemic, there will be pressure on budgets that lotteries might be able to help alleviate with the addition of an online channel. Until March, I’m not sure any lottery director was using the public health argument for iLottery. I think they certainly will now,” says Hall.

Whether other states can get something up and running as quickly as Virginia will depend on the state in question’s existing legislation. And it’s worth pointing out that Virginia did have a bit of a head start in that it already had an online subscription offering that allowed players to buy subscriptions for Mega Millions, Powerball and Cash4Life games.

This meant it had in place a partnership with NeoPollard Interactive, familiarity with the digital space and crucially, a significant customer database of about 110,000 registered users, which it focused its initial marketing efforts towards.

Hall says it also learned some valuable lessons from the experience of the other states with iLotteries. “Perhaps the most significant is the importance of an entirely new category of lottery game, which is the e-Instant. It’s structured differently from a traditional lottery game and it has a significantly higher payout. “It is the most significant profit driver for an online lottery vehicle. So we were able to learn from those other states about the importance of focusing on that and making sure you have a competitive library of e-Instant games that you can refresh on a pretty regular basis to keep players engaged.”

Other states also provided some evidence to back up the argument that online sales are complementary to retail sales, rather than cannibalising them, as retailers often claim.

“Bricks and mortar retail built our industry, and it’ll always be the core of our business, but we now have several years of good sales data from iLottery states, which indicates a minimal iLottery sales impact at the counter,” says Hall.

“I think the consensus is that online lottery appeals to a different and a largely younger consumer. And I believe the data would suggest that online sales actually help extend the relevance of the brand and the traditional product to a larger audience.”

Virginia’s own figures so far would seem to back up this idea. After suffering a 20% year-on-year sales decline in March, followed by a 9% year-on-year drop in April, retail lottery sales rebounded strongly in May and June (by 9% and 15% year-on-year, respectively). Importantly, however, retail sales continued to post year-on-year rises in July and August, following the iLottery launch.

But even with all the right evidence, it has been tough to get buy in from the state’s lottery retailers, says Hall. “We’ve been engaged for several years now in a constructive but not entirely productive conversation with our retail partners about iLottery.”

When the state’s conservative political culture was added to this opposition from retail, it made for a long road to get enabling legislation in place and in the end it got there largely thanks to the debate on other forms of gaming.

“Earlier this year, when our legislation did authorise us to move forward with iLottery, it was part of a much broader conversation around expanded gaming. For instance, sports betting was also debated and approved. And importantly, mobile sports betting. And at the same time and as part of the same conversation, our legislature debated and approved authorising the first casino gaming in Virginia,” says Hall.

“The lottery was designated to be the regulator of choice for both casino gaming and sports wagering. So perhaps politically it became a timely ask for this tool to help simultaneously strengthen the lottery brand and product at the same time that larger conversation was under way.” Sports betting up next

Indeed, it hasn’t just been the conversations taking place simultaneously but also the hard graft – Virginia Lottery was also tasked with devising the state’s sports betting regulations and has been working on this alongside the iLottery launch.

“It’s been an interesting summer grinding out iLottery, grinding out a regulatory infrastructure for sports betting. Any one of which would have been all consuming, but then you layer in a global pandemic that had most of our people working remotely rather than in an office setting,” says Hall.

So far, early indications would seem to suggest Virginia’s sports betting launch could be just as successful as its iLottery.

Partly this is thanks to a sensible legislative framework, which mandated a more workable system than some of the earlier regulating states by devising a 15% tax rate and allowing mobile betting.

And partly it is thanks to the lottery’s efforts to draw up regulations that take into account the views of operators. Though some elements of the draft regulations drew criticism from operators such as DraftKings and Caesars, many of the areas of concern had been addressed by the time the final regulations were released on September 15.

Another was a requirement to display the odds of a bet, as well as an explanation of how these had been calculated, the handle and payout amounts. This has been changed to mean operators will simply have to post odds.

Hall says the lottery was keen to work with operators to get the regulations right. “I believe you will find that many of the operators think we were transparent and accessible and reasonable. I would suggest there were some significant changes between the first draft and the approved draft.

“The suggestions and recommendations that we got through the public comment period actually were very helpful in providing clarity where it was needed and simplifying some of the process piece to make it easier for the sportsbooks. That’s the way that process is supposed to work and I’m pretty pleased at where we ultimately landed.”

It was no doubt not just the volume of responses to its request for public comments, but also the calibre of respondents that made the lottery sit up and listen – at this point it seems certain there will be plenty of competition for the 12 online-only licenses up for grabs.

“It was several hundred specific recommendations and concerns. I think it ended up being about 50 individuals and stakeholders who weighed in, and that was most of the major sports betting operators and casino operators. And it was many of the major pro sports leagues – the NFL, NBA, Major League Baseball, PGA – which indicates to me that there’s significant interest in the industry to compete for a license in the Virginia market once we’re ready to go live. That’s a good thing.”

Though Hall says Virginia borrowed heavily from other states that had already devised sports betting legislation and regulation, Tennessee, Colorado and New Jersey in particular, it has introduced one unique feature it hopes may influence other states ’future legislation: the Sports Bettors’ Bill of Rights.

The bill, which the legislature built into statute, essentially codifies for the first time a set of consumer protections that sports betting operators must adhere to.

“It places in one clear document that consumers should have an expectation of integrity and fairness on the operators, it sets in one document an expectation that a licensed sportsbook will have basic requirements for consumer complaints and consumer protection, so not a bad thing. We welcomed its addition to the statute and if it can be a helpful model for other states, that would be great,” says Hall.