This week’s State of the Union, in partnership with Segev LLP, covers the latest developments in Montana, Colorado’s first sports betting licences, the latest figures from New Hampshire, and more.

Sports Bet Montana, the Montana Lottery’s new sports betting product, will be responsible for the terminals that will be installed at licensed locations.

Once the terminals are installed, the Montana Lottery will provide training to all staff that will be working with the machines, after which they will be able to begin offering sports betting.

“We are in the home stretch of our planning and testing,” the Commission’s communications manager Jennifer McKee said. “We are really looking forward to getting Sports Bet Montana in the market and we’re as excited as Montanans are for betting to begin.”

Each licence allows for both retail sports betting and one online betting skin. Applicants for licenses must pay a $10,000 application fee before applying plus a $125,000 licence fee if approved.

Since the Lottery and partner DraftKings launched legal online and mobile sports betting on December 30, 2019, more than 36,923 registered users wagered over $28.6m on sports.

The Lottery also revealed that the landmark one-millionth wager was placed on February 8, with the overall total to date standing at approximately 1.15m bets.

The Senate Committee yesterday (February 24) gave its approval to the bill and it will now move forward to the Senate’s Ways and Means Committee for further discussion. 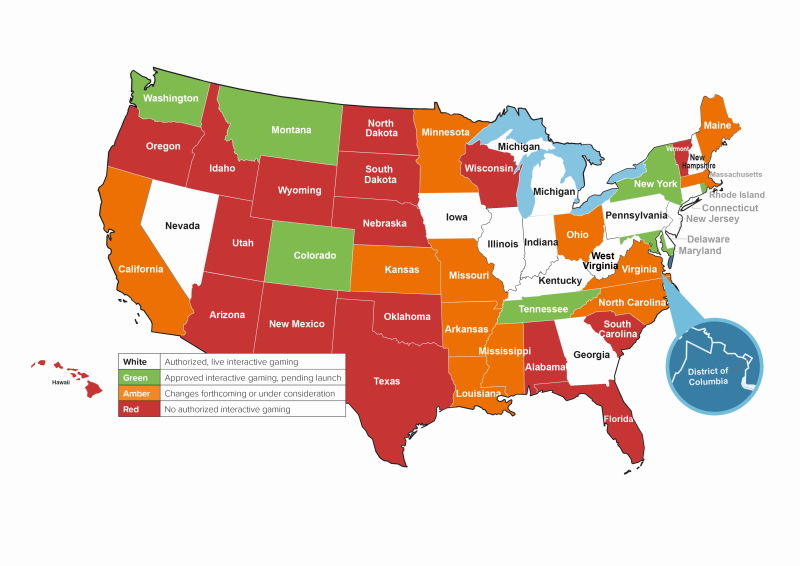 The private member’s bill, which was filed yesterday, aims to repeal paragraph 207(4)(b) of the Canadian Criminal Code to allow gambling operators to offer betting on a single sport event or athletic contest.

Currently the Criminal Code states that only bets on at least three games or more are legal.

Congressman files new anti-igaming bill
Republican Senator Tom Cotton has filed a Congressional bill that takes aim at US financial institutions processing payments to online gambling sites, as well as looking to crack down on the use of child-friendly imagery in gambling content.

Cotton’s bill, S.3322, argues that Subchapter IV, Chapter 53, Title 31 of the United States Code was designed to prevent the use of “financial instruments” (banks) for funding online gambling.

Mobile sports betting bill heads to Georgia Senate Committee
Georgia’s Senate Regulated Industries and Utilities Committee is to consider a new bill that would legalise mobile sports wagering in the US state.

Virginia sports betting bill progresses in Senate
A bill that would legalise sports betting in Virginia has continued to progress through the state’s legislature, while a second, competing bill has been rejected by the Senate.

HB 896, proposed by representative Mark Sickles, passed the Finance and Appropriations Committee in the state Senate yesterday (25 March) having already cleared the House. The bill, which was only introduced last month, is progressing quickly with the current session due to close on 7 March.

Recent government-commissioned reports highlighted gaming as one of several industries that could have issues with money laundering, alongside the luxury car and real estate markets. Media reports estimate that as much as CAD$5bn was laundered in the province in 2018 alone.

William Hill seals Michigan market access with tribal partner
William Hill is to expand its reach into Michigan after it agreed a new long-term partnership with the federally recognized tribal gaming operator, the Grand Traverse Band of Ottawa and Chippewa Indians (GTB).

Under the deal, William Hill will serve as the exclusive provider of online sports betting and casino gaming throughout Michigan for GTB. The tribe operates the Leelanau Sands Casino & Lodge, Turtle Creek Casino & Hotel, and Grand Traverse Resort and Spa in the state.

Eldorado secures further regulatory approval for Caesars acquisition
US casino operator Eldorado Resorts has secured approval from the Mississippi Gaming Commission to proceed with its pending acquisition of Caesars Entertainment.

Eldorado in June 2019 agreed to acquire Caesars in a deal worth $17.3bn, though the arrangement is subject to various approvals, including clearance from certain state regulatory bodies.

PointsBet posts $32.3m loss despite revenue growth in H1
Sports betting operator PointsBet said that increased spending on expansion efforts in both Australia and the US led to it reporting a net loss of AUD$32.3m (£16.4m/€19.5m/US$21.2m) for the first half of its financial year.