State of the Union: William Hill, 5Dimes, Nevada and more

US gambling giant Caesars Entertainment Inc. has agreed terms on a deal for its Caesars UK Holdings subsidiary to acquire the entire William Hill business for approximately £2.9bn (€3.17bn/$3.72bn).

Terms of the deal, which were set out earlier this week, will see Caesars pay 272 pence for each William Hill share, having finalised its due diligence in relation to the offer.

The acquisition remains subject to approval by William Hill shareholders, but the bookmaker’s board has said that it considers the terms of the deal to be “fair and reasonable”, and will recommend both unanimously and unconditionally that the offer be accepted.

Costa Rica-based betting operator 5Dimes has agreed to pay a $46.8m settlement to the Department of Justice following an investigation into the operator illegally targeting US customers and announced it plans to enter the US regulated market.

The agreement ends an investigation from the United States Attorney’s Office for the Eastern District of Pennsylvania, in conjunction with the Department of Homeland Security Investigations, that started in 2016. It follows the operator’s decision to block all US customers earlier this month.

At the time, it hinted at an attempt to seek licenses in the US and following the settlement, it has confirmed this is the case, under a new corporate structure.

With casinos having been closed in late March and early June this year due to the virus, the revenue total was the lowest for a full calendar month since the state Gaming Control Board started publishing figures in December 2003.

However, this was partly due to lower win rates than July across both slots and table games, as players staked a total of $9.99bn, up 7.7% from the previous month. 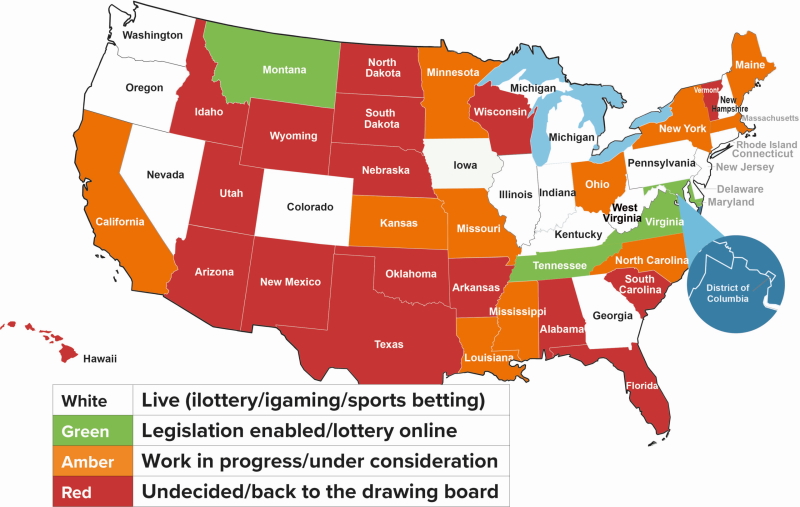 US gaming giant Caesars Entertainment Inc. has set out further details of its possible cash offer for William Hill, saying that it is set to make a bid worth £2.9bn (€3.29bn/$3.71bn) for the bookmaker.

The offer would see Caesars pay 272.0 pence for each William Will share, with the operator also revealing that it has finalised its due diligence and will make a further announcement on the potential offer when appropriate.

PointsBet has agreed partnerships with both the Indianapolis Colts and Chicago Bears, making it a sportsbook partner of the NFL franchises.

Under both deals, PointsBet may use the team’s logos in its marketing and will have access to sponsorship opportunities and brand visibility across various digital assets.

The imminent launch will be the first in the US for Tipico, which has set up its US operations in the state and also plans to launch igaming when it receives the required approval. The operator has partnered with Atlantic City’s Ocean Casino Resort for the offering.

The partnership will see Scientific Games providing its OpenSports digital and retail solutions to the operator for its sportsbook in Iowa and New Jersey, while Scientific Games’ OpenGaming solution will power its online casino offering in New Jersey.

The operator has partnered with Hannahville Indian Community to launch its Michigan retail sportsbook, and with Full House Resorts to launch in Colorado.

Swedish online operator Betsson is to integrate its Scientific Games’ OpenTrade solution to improve its trading capabilities in the US and across the globe.

Under the multi-year, global deal, Scientific Games will provide Betsson proprietary pricing services from Don Best Sports, a business the supplier acquired in 2018. This will be rolled out across Betsson’s brand portfolio and B2B network.

Under the agreement, BetMGM will benefit from brand visibility across a number of the Titans’ digital assets, including on video board replays inside the team’s Nissan Stadium.

Scientific Games has extended its contract with Flutter Entertainment as the Paddy Power and PokerStars operator prepares to migrate FanDuel’s sportsbook to its partner’s OpenSports technology.

The new five-year agreement has been struck on the 20th anniversary of Scientific Games – then OpenBet – agreeing to supply its technology to Paddy Power.

The Rhode Island Lottery has reported an increase in sports betting revenue and player spending in August, primarily due to increased activity at the state’s two retail sportsbooks.

Sports wagering revenue in Delaware amounted to $904,450 in the month to 27 September, which despite marking a month-on-month improvement, remains far behind 2019 levels.

The number of employees at Pennsylvania casinos collapsed by 38.9% to 9,883 as of 30 June, 2020, despite all but one casino in the state having reopened after the impact of the novel coronavirus (Covid-19) pandemic, according to the state’s 2019/20 casino diversity report.

The decline in employees was largely down to the novel coronavirus (Covid-19) pandemic and included many temporary layoffs, with Rivers Casino Philadelphia – which employed more than 1,500 before the pandemic – listing no employees whatsoever as it had not yet reopened on 30 June. It went on to reopen with a staff of 813.

Scientific Games has appointed Tim Throsby, former chief executive of Barclays Bank, as an independent director and member of its board.

Throsby will sit on the Scientific Games board alongside eight other directors, the majority of whom are also independent.

International Game Technology (IGT) has signed a two-year extension to its instant ticket games contract with the Minnesota Lottery in the US.

Under the renewed deal, which will run through to the end of June 2022, IGT will continue to supply a range of instant ticket services for the Minnesota Lottery.

International Game Technology (IGT) is set to expand its US retail sports betting network into North Dakota after striking a new deal with the Turtle Mountain Band of Chippewa Indians.

Under the agreement, IGT will provide its PlaySports sports betting solution to the tribal organization’s Grand Treasure Casino in Trenton and Sky Dancer Casino and Resort in Belcourt.

Marnell Gaming-owned Nugget Casino Resort in Reno, Nevada, has announced that it is to permanently lay off 154 of its employees.

The staff, which currently hold roles across a number areas of the business, will have their employment officially terminated on November 15 this year.

Scientific Games’ online division SG Digital has announced that NetEnt’s content will be available through the supplier’s OpenGaming platform, which will also serve as the exclusive platform for Big Time Gaming content in the US and Canada.

Gaming Innovation Group (GiG) and Hard Rock International have agreed to a mutual termination of their platform and sportsbook services arrangement.

Both parties acknowledged that while the partnership had proved successful and there was an upswing in results during this year, they were not able to strike a commercial agreement that supported their individual strategic aims.

Casino operator Penn National Gaming (PNG) has raised $982.1m through a public offering of shares, with the proceeds to be used to fund its online betting and gaming expansion plans.

Launched last week, the offering saw a total of 16.1m shares of common stock in PNG made available, at a public price of $61.00 per share.

Under the deal, DraftKings will serve as the team’s first official sports betting operator, as well as continuing as its daily fantasy sports operator.

Canadian provincial gambling operator Loto-Québec is to close a number of its land-based gaming venues with Québec facing a rise in novel coronavirus (Covid-19) cases.

From midnight October 1, the Casino de Montreal and the Salon de jeux de Quebec will have to close until October 28, however lottery sales are not affected by the new guidelines and will continue across the operator’s retail network.